STARING DOWN THE ALASKA HIGHWAY.

The Village of Haines Junction lies on the edge of a vast and spectacular wilderness, and is a gateway to the Kluane National Park and Reserve. The community lies within the traditional territory of the Champagne and Aishihik First Nations, Southern Tutchone people who have lived in the area for thousands of years.

Whitehorse is the capital and only city of Yukon, and the largest city in Northern Canada. Whitehorse, as reported by Guinness World Records, is the city with the least air pollution in the world. 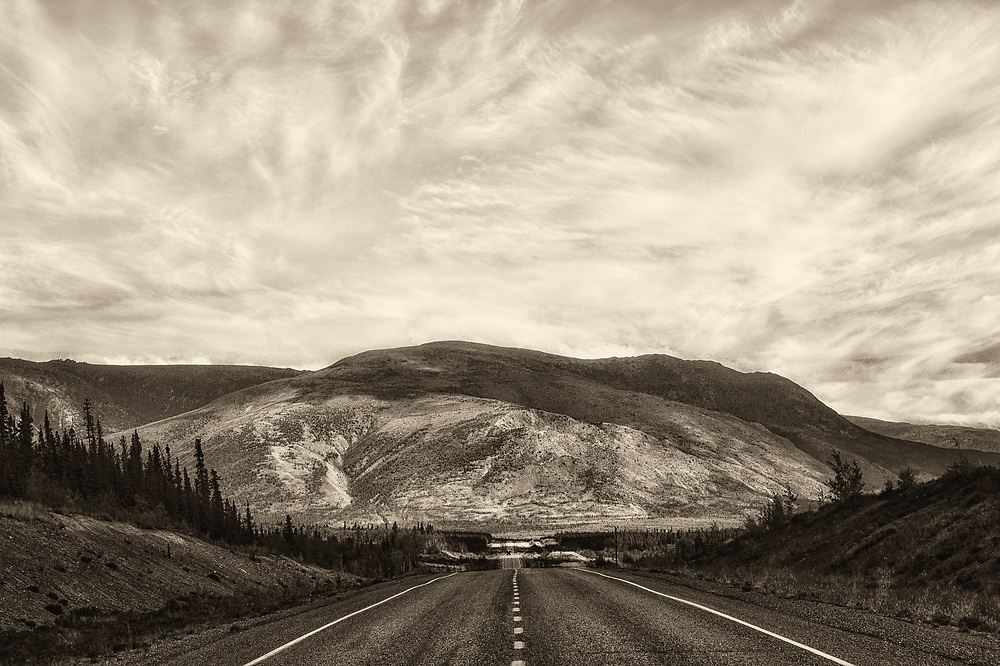